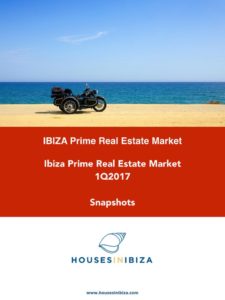 The first quarter of the year has started in a brisk manner with more off season visitors than ever!

All this confirms that Ibiza continues to attract visitors off season, which is good news in general for the island.

We are forecasting another strong year for tourism, and though July and August are unlikely to grow much more than last year, mid season months are expected to continue to grow significantly.

This winter and spring has seen the island immersed in a construction site as roads , infrastructures, restaurants , bars and hotels are being built and or completed. There is much money being invested!

Expect to see exciting new names in the hospitality and leisure space on the island this season!

Average real estate prices continue to rise sharply and now are some 50% higher than a few years ago.

Prime Real Estate has been seeing a more gradual increase and we would estimate that prices have grown by some 10-15% in 2016 , and are some 30-35%  above 3 year lows. Please note Prime did not fall very much, if at all,  during the crisis.

Home sales are consolidating the previous years levels, at a touch under 2,000 transactions in 2016.

Housing stock has shrunk somewhat in general, though Prime Real Estate on offer has grown a little in recent months.  There appears to be more rotation taking place in the mid market.

We expect prices in Prime Real Estate to consolidate at these levels for a period.

We do not expect prices to fall, just to to take a breather before continuing its ascent, albeit at a more moderate pace.

Building permits and refurbishing permissions are  being cut back, meaning the available legalised prime offer is, evermore scarce.

Land to develop also continues to be very restrictive, and those with actual real planning permission have increased considerably in value. Those without permits have not subsequently dropped in price, but rather remain stagnant on expectations that eventually restrictions will be become somewhat more lenient in the future.

Demand still far exceeds supply, and probably will do so for a while, but prices do need to consolidate at current levels.

So, not a bad time to be buying! 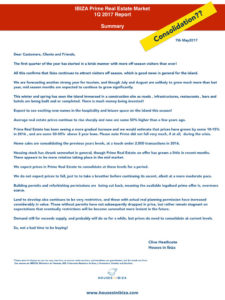 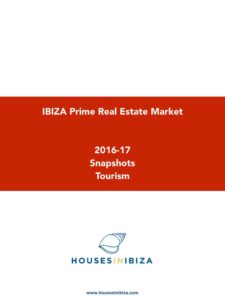 2016 closes with a record amount of airline passengers.  an increase of close to 15%

Passengers include  inbound and outbound. Also included are resident passengers which are estimated to be some 20%. 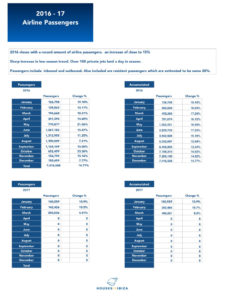 Passengers have been steadily increasing in recent years.

The island has increased destinations off season, currently offering off season direct flights to London,Paris, Milan, Geneva, Amsterdam and Eindhoven. 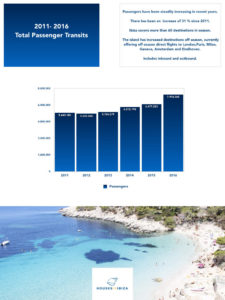 The island is probably close to full capacity in peak season and seems to be consolidating these levels. 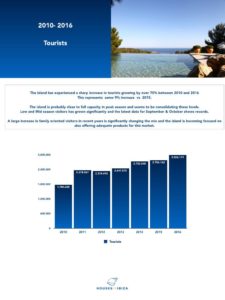 Sharp increases all around in the mature markets

Notably this season continues to see very strong growth in the Dutch market.

The Spanish market looks to consolidate recent highs, on the back of better domestic economic growth.

In addition the Swiss and Belgian markets has also been seeing good growth in recent years.

Asians are starting to visit the island. 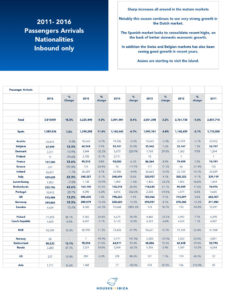 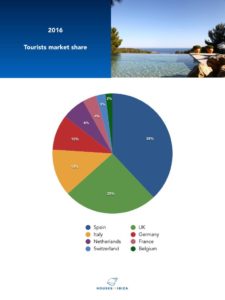 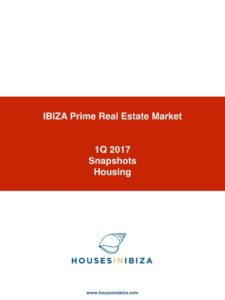 Following a sharp increase in recent years 2016 has closed pretty much flat on the year.

Volumes are consolidating at these levels.

Most transaction are in secondary homes. 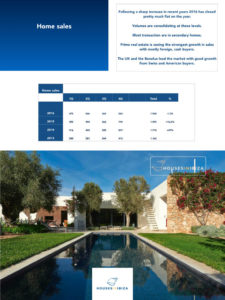 Housing stock available on Internet has fallen over 10% since October.

Most sales are taking place in the apartment segment.

Prices have increased again by some 10% overall

in the past 2 quarters.

The amount of stock in the prime market has increased somewhat and prices in the +3mm segment has seen prices soften by 2-3%.

Total housing stock on the island is some 65,000 units. 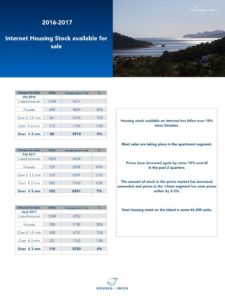 Average prices per square metre in Ibiza are amongst the highest in Spain. (over twice the national average)

Average prices continue to increase and have now increased some 50% in the past 2 years.

Prices on the island very enormously and there are averages based on listed prices for all products. 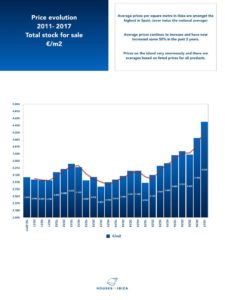 The total € value of build permits has been steadily rising until this year.

This year is experiencing a sharp correction on 2015 numbers.

This could be a reflection of the governments even stricter planning laws and a consolidation in the market. 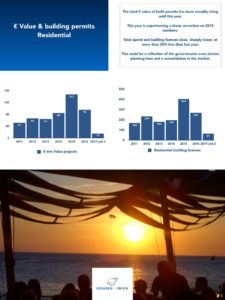 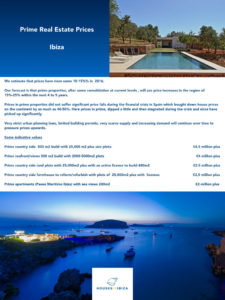 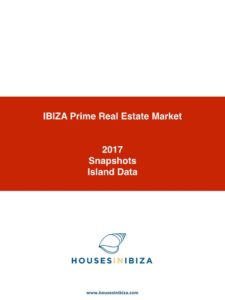 There are some 65,000 registered housing units on the island.

The island generates over € 2,5 billion in tourist expenditure.

75% of the economy is related to tourism.Unemployment stands at some 7000 or 5% of the population. 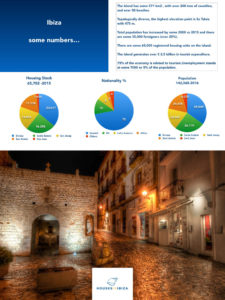